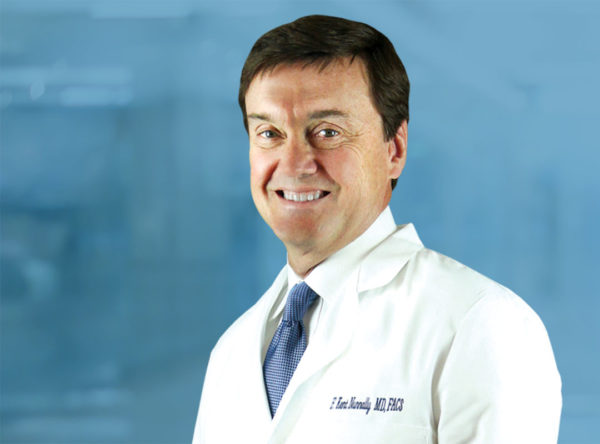 Dr. F. Kent Nunnally’s path to providing patient-centered medical care started with his own health scare when he was in 6th grade.

“When I was a boy I developed a massive lymph node in my neck,” Dr. Nunnally remembers. “The doctors in my small hometown in Arkansas thought it might be Hodgkin’s lymphoma – that would have been a death sentence at the time back in the late 1960s.”

Dr. Nunnally’s parents, barely in their mid 20s at the time, drove their young son to Little Rock for treatment, not knowing if he would live to see a return trip. “Dr. Stewart, the general surgeon who took care of me, made a huge impression on all of us,” Dr. Nunnally says. “I’ll never forget the care, the support, and the Christian service he gave my family in that time of crisis. I knew right then that I wanted to be a doctor.”

Today, Dr. Nunnally is living up to Dr. Stewart’s example. “ENT South is all about patient-centered service,” says Dr. Nunnally. “Our philosophy starts from a very  simple place: We care, we’re kind, and we work for the Lord.”

Dr. Nunnally and his wife, Karen, enjoy spending much of their off time with their three grown children and two dogs. The Nunnallys are active members of Calvary Baptist Church.